RV Tire Safety: “Why do so many RV tires seem to be failing?” 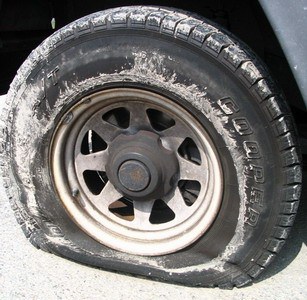 For the last few years of my 40-year career as a tire engineer, my primary job duty was to investigate failed tires that had conditions that were hard to understand or provided confusing and sometimes contradictory evidence as to the Root Cause for their condition. With that background, I have developed some guiding principles for the most likely reasons for tires to fail.

. This is best described by the failure of the tire sidewall due to excessive flexing. The flexing is the result of operation when the tire is significantly under-inflated.

“. When a tire looses significant inflation air they flex much more that the body cord can tolerate. Excess heat is generated which can, in extreme cases, result in the Polyester actually melting. I showed examples of what this can look link in

Well, that may seem to be a reasonable question but in my opinion it is based on what is often inaccurate failure analysis. In reality, tires fail for a relatively small number of Root Cause reasons that can be discovered, but it does require detailed and sometimes exhaustive investigation. By ”